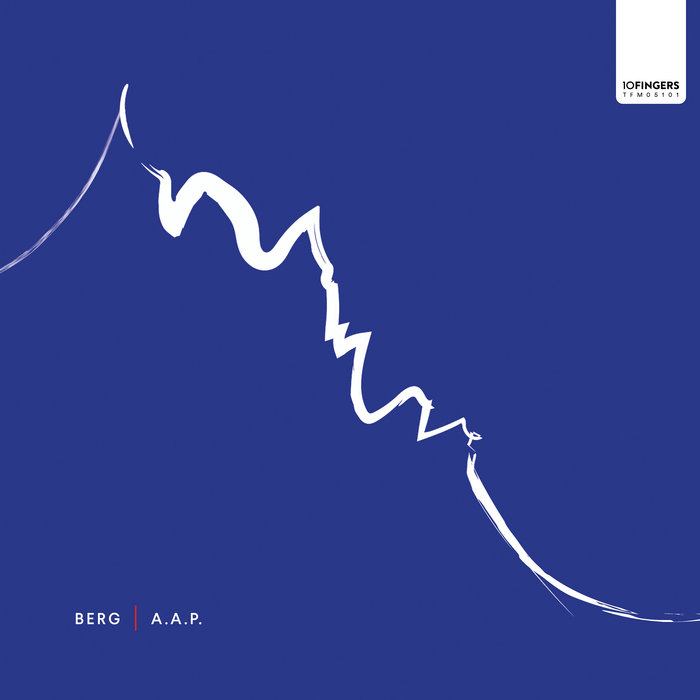 🇬🇧 ENGLISH
"Being a foreigner in a recognizable land is a weird thing. It sort of feels like home, but it isn’t, you feel like “one of them” but you’re not. That is how it was for me to move to Denmark. Different backgrounds, different personalities, different strokes. I felt, for the first time, the inner urge to compose my deepest thoughts, my subconscious meanings and what had brought me there. In a way, the whole album is an ode to my true home, wherever that might be. From the land of ice and snow, mountains and glaciers and wild rivers. Where the arctic nights meet the midnight sun. Where the clearest blue skies meet the blackest sand, to the never ending green and yellow acres, my mind is split. And those forces meet in the songs I’ve written for these amazing guys. We are all outsiders in our own way, and we gather around the force of music to create something that lies deep within.

We open with Flæmi, the first tune I wrote for this band specifically. Inspired by Einar Scheving and Skúli Sverrisson, this song has a certain flow, from Benjamin Kirketerps first pick. I’ve always admired this open and ongoing style so this song came quite quickly to me. It is inspired by that feeling when you are going through a certain landscape and all of a sudden something changes. Like when you are sitting in the back of the car on a journey, looking out the window with no care in the world, but still enjoying the trip. Next up is the title-number, A.A.P., which stands for “always a possibility”, which is something I used to say when playing pool. Even though it looks certain there is always the chance to mess it up. The title has taken another meaning as it started off as quite a standard 4/4 melody based around sixths, which were again inspired by nordic folk music. I never felt the song was quite there until I decided to take the true folk music approach and let the melody decide the meter. And it is still, always a possibility, that this song changes even more, but it has taken a journey, fitting to the name. It went from being a filler in our set to be one of my favorites.

Another nod to Einar Scheving, our third tune is simply called 3. And guess the meter. Small little waltz-like folk-melody that takes a trip through the band until it spreads its wings. We move on to the badly translated Høstblus. I thought it was so cool to see “høst” in Danish and instantly thought of “haust” which means “autumn” in Icelandic. Long story short, it’s not the same. But Høstblus is still our blues. Based around the fifths, signature of Icelandic folk-music, with some semi-introverted thoughts about melody notes, it tries to catch the Icelandic autumn feeling through the centuries. Mathias Ditlev guides us through side A. Hopefully you can hear the wind sing outside your window.

Chris Falkenberg greats us on side B with a crazy drum intro into Svartá. Side B is thought as two medleys with Svartá and Kot together and then 4 and 26:10 as the second half. Svartárkot is the farm where my grandmother is born. Deep in northern Iceland, where the snow never leaves the mountains and you rarely get proper summer, the farm’s name is basically two words. Svartá, meaning black river, is written as a modal homage to John Coltrane and Joe Henderson. The force of water has always impressed me. How a quiet river can turn into a brutal force within the blink of an eye is truly astonishing and terrifying. And that is Svartá. And all of a sudden the water gets still again and we pick up the pieces in the small and aptly named Kot, which can be translated as hut or small house. Benjamin Kirketerp deserves the honor of expressing how even the smallest of huts, can be a shelter from the storm.

4 and 26:10 are easily recognized by their psalmic feel. 4 was originally an idea that came out in the same session as A.A.P. and 3 but it never became more than that little idea. So it became a prelude to 26:10. Same rhythmical pattern as in Høstblus, it truly closes the album but instead of fifths it becomes this pedal-like groove. 26:10 is the oldest tune on the album. Written before the band was established as a way to truly tackle homesickness and my unconditional love for Iceland.

26th of October 1995 an avalanche hit the town of Flateyri in Iceland, killing 20. And 20 years later they were remembering the event and the fallen on a TV-program. After I saw the program and reminisced my visits to Flateyri and Westfjords, my absolute favourite place in Iceland, the lights had gone out in the room where I sat next to a grand piano. And this “trauermarsch” came in one sitting and we are truly tearing our heart out playing it on this recording. This song is inspired by the heart wrenching sorrow, the hard walk through the dark valley and the light at the end of the tunnel.

This album is an ode to an imaginary home, that lives within wherever you might be.

Hope you enjoy it and thank you for listening."

Engineered, mixed and mastered by
Jacob Schjødt Worm in FinlandStudio


Visit us online at www.berg.band
Stay updated with our label at www.10fingers.dk


℗ & © 2020 BERG
Under exclusive license to 10 FINGERS
All Rights Reserved